Gairo Vecchio is one of the most evocative places in Ogliastra, a point of reference for those who want to deeply know our land through a place stuck in 1951, the year of the great flood.

Its origin is distant in time even if the first historical signs date is only back to the medieval time, when Ogliastra was still a minor Giudicato.

Gairo was installed on the ridge of Mount Trunconi above the Rio Pardu Valley in an area that has always been subject to small landslides. Events to which the inhabitants were accustomed even though in the last years that preceded the flood they became more frequent. However, none of these were so violent or deemed dangerous to push the inhabitants to leave their homes. But after the night of 1951 all of this changed. 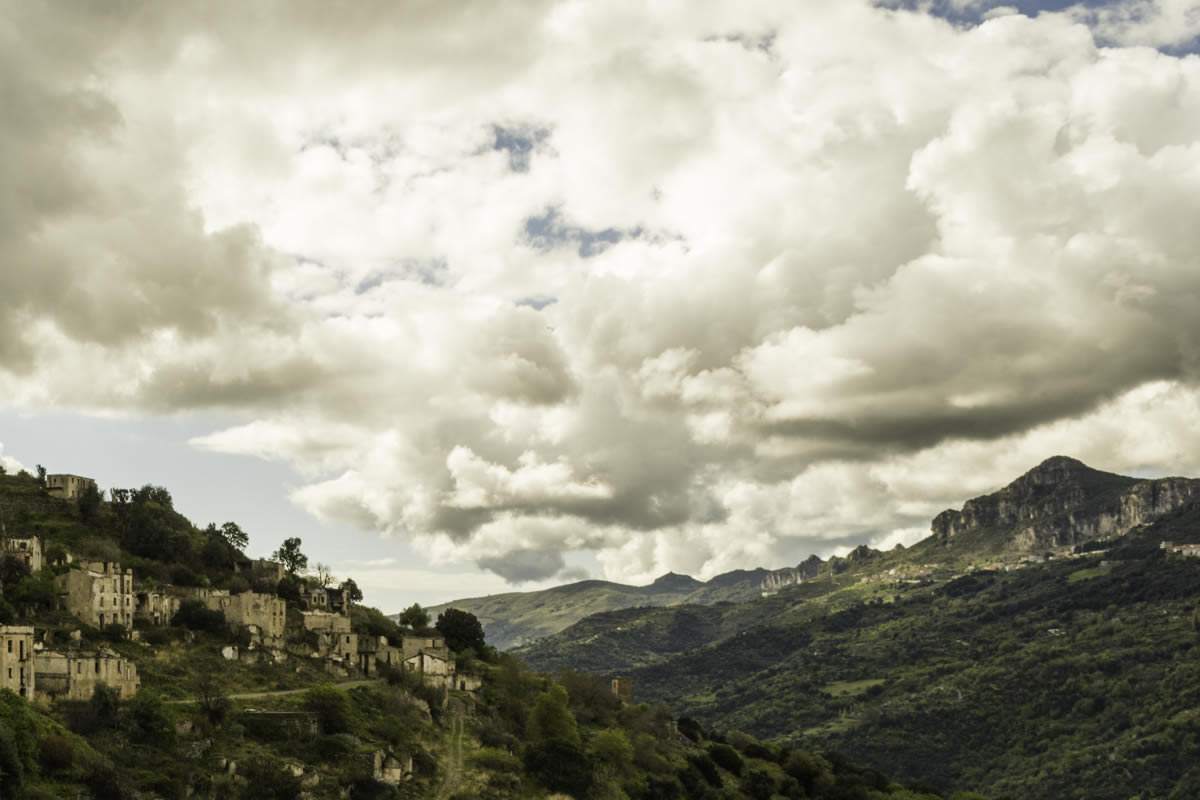 On that night the rain hit the village like never before. The water pushed violently by the wind against the houses resonated throughout the valley and while the streets turned into brooks with disruptive rapids, the town began to inevitably slide downwards.

The courtyard animals were the first victims, some drowned in the small internal courtyards, others were dragged to at the bottom of the mountain. The weaker houses collapsed, those that resisted were gutted by the gravelly mud but managed to survive and remain clinging to the mountain.

The flood was incessant and it seemed to have no end. At dawn the sun was not seen, a weak light filtered through the threatening clouds and allowed the inhabitants to understand what had happened. The morning was the damage count, people who had suffered the least losses tried to recover, the food needed for the days to come. They found the surviving animals and brought them home. Many were forced to seek hospitality from family and friends. Later in the early afternoon the sun made its appearance sanctioning peace between sky and earth.

Almost all the inhabitants of Gairo decided to abandon the town which in the light of the facts turned out to be unsafe, and they gave birth to three new villages. Downstream Cardedu was born with the respective marina and upstream Gairo Sant’Elena and Gairo Taquisara were founded.

The same fate fell to Osini, even this village which is a few kilometers away from Gairo has suffered the misfortune of the flood. Its inhabitants have rebuilt the houses just above where the ground is more stable. The houses of Osini Vecchio are abandoned.

Gairo Vecchio emptied itself definitively in the following decade, giving life to what is now a town inhabited by empty houses. Many of the structures are now in rubble and some are damaged so much that it is risky to enter but the streets are safe. Scaffolding and support structures secure the site. Visiting the site is as pleasant as stepping on the old street that was once throbbing with life. Even the RAI with the  Ghost Town program dedicated the space of an episode to The Village of Gairo.

The future of this town like that one of Osini was to turn into ghost towns, empty but enlivened by the many tourists who, fascinated by the place, make these towns more and more alive.